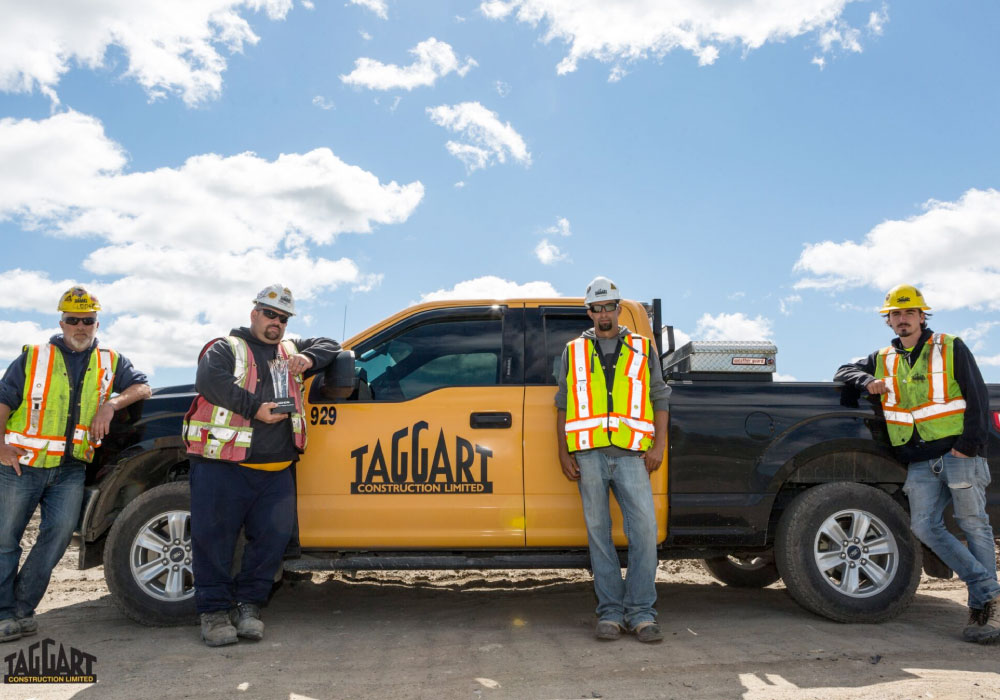 On July 8, 2020, a fuel truck driver arrived at the Caivan site in Barrhaven to fuel Taggart’s equipment. As he handed off the hose to the excavator operator, the fuel driver collapsed. The workers acted quickly to notify the foreman and the driver was helped to the site wash trailer where he was offered water. The driver became dizzy and his condition seemed to worsen. 911 was called and, due to the extensive size of the site, workers placed Taggart truck at the entrance to ensure visibility and guided EMS to the driver. The driver was loaded immediately into the ambulance suspected of heat related illness. The paramedics commended the crew for their actions.

We would like recognize Chad Behnke, Shawn Proulx and Sean Keyes for their vigilance and swift action. Congratulations!